In the spring of 2021, Lyndhurst was privileged to be a filming location for HBO’s The Gilded Age by Downton Abbey creator, Lord Julian Fellowes.

The term ‘Gilded Age’ was penned by Mark Twain to describe a period in American history where an opulent and gold exterior hid nefarious corruption underneath and was defined by its economy and its society with the clash of old versus new. Lyndhurst’s story began before the gilded age had begun, but a large portion of its history was defined by its gilded age owners and the society they lived in. We are extremely proud to have been included as part of the telling of that story through the television series.

Lyndhurst’s third owner, Jay Gould is the real-life inspiration for the “new money” character George Russell. You can hear more about this from the creator and writer, Julian Fellows in ‘The Official Gilded Age Podcast’ via the link (start listening at the 43:00 mark) HERE and read about it in an article that summarizes it here from ScreenRant HERE. You can always come to visit Lyndhurst to hear more about Jay Gould and his life and to see the rooms used in the show by taking our Classic Mansion Tour.

In Season One, Lyndhurst’s Mansion interiors are the home of re-occurring characters Charles and Aurora Fane, who are related to the van Rhijns and part of the “old money” side of society. The Lyndhurst lawns and grounds doubled as Central Park and the sheep’s meadow in the opening sequence, our 1894 Bowling Alley was re-created to be the ferry terminal Marian Brook and Peggy Scott take to Manhattan for the first time in episode 1, and our Carriage House was transformed into The New York Globe newspaper offices!

You can read about what it took to get Lyndhurst prepared for filming ‘The Gilded Age’ in an article HERE.

Scroll through some official images of the show featuring the spaces and characters from Lyndhurst and always keep an eye on our Instagram and Facebook for the most up-to-date information on Lyndhurst and The Gilded Age! 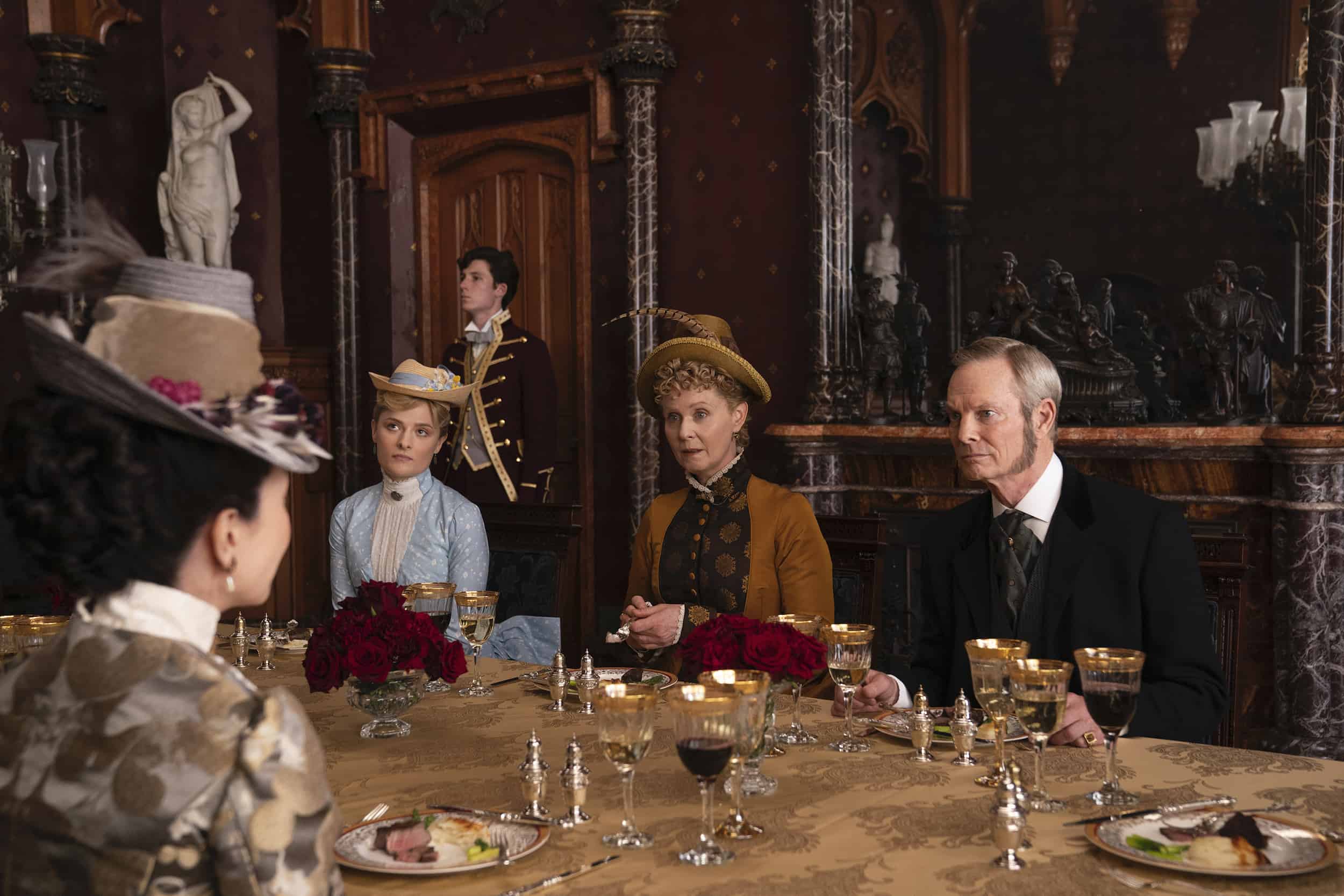 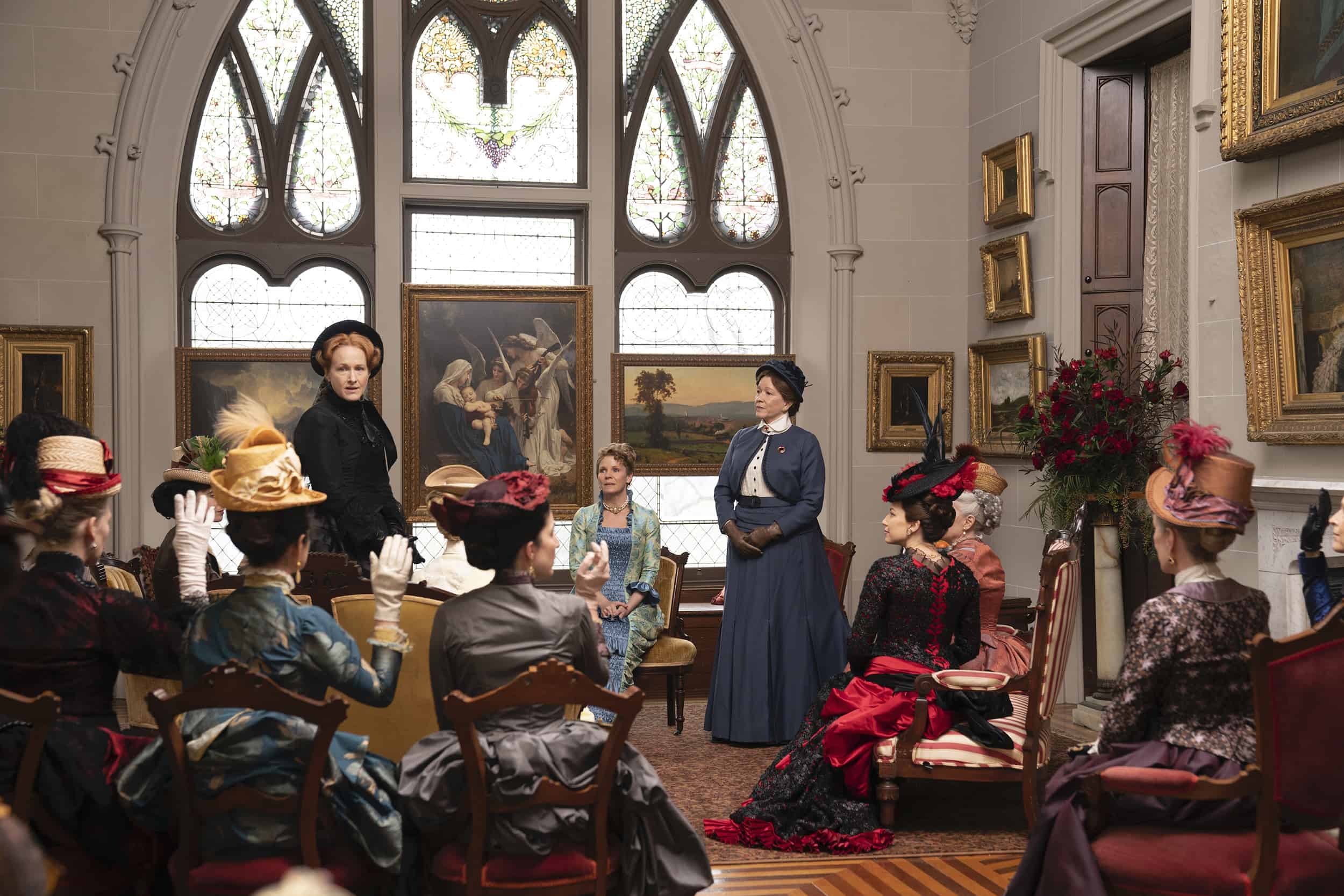 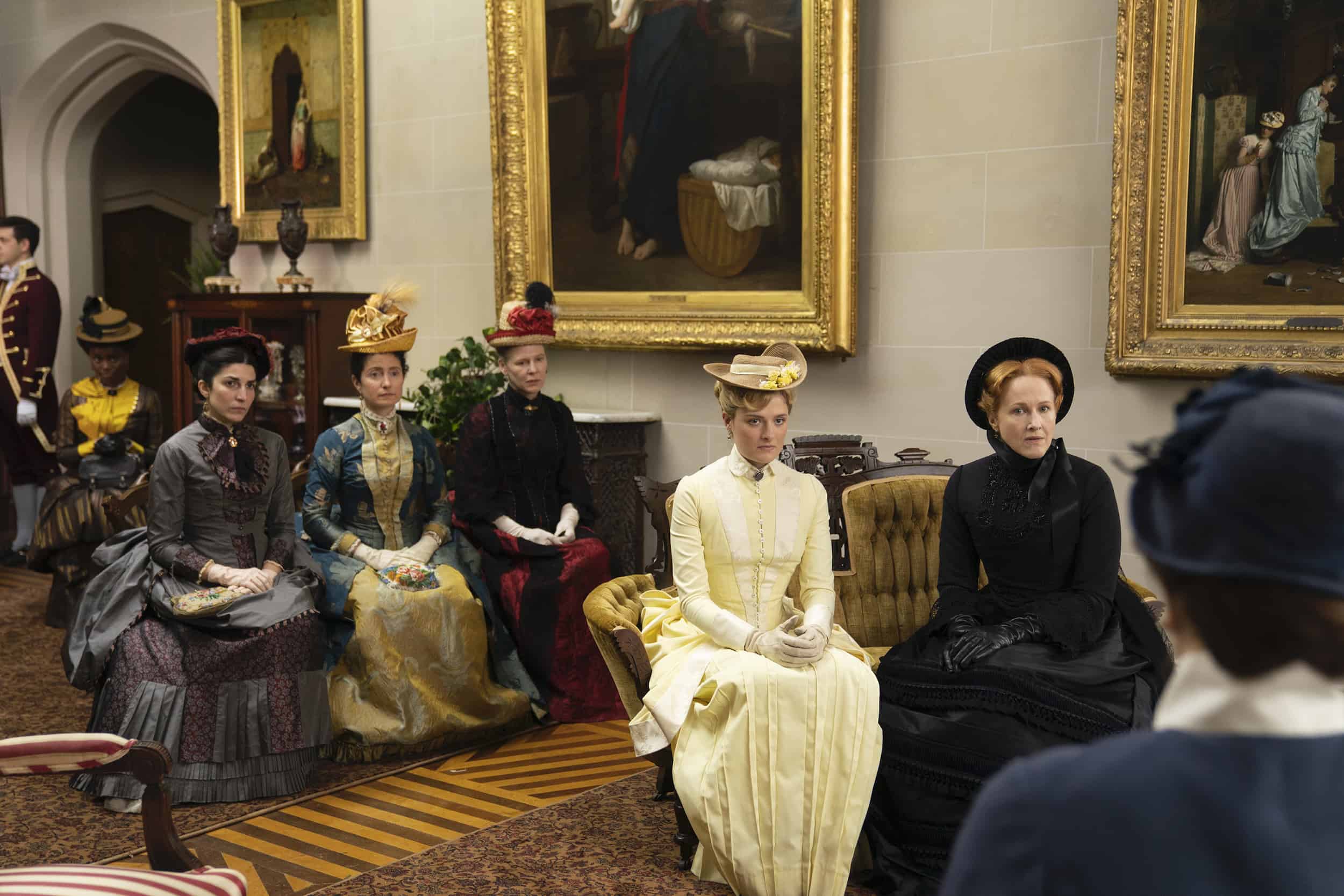 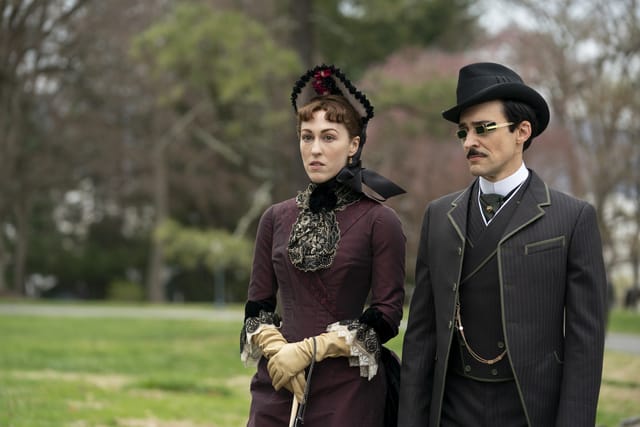 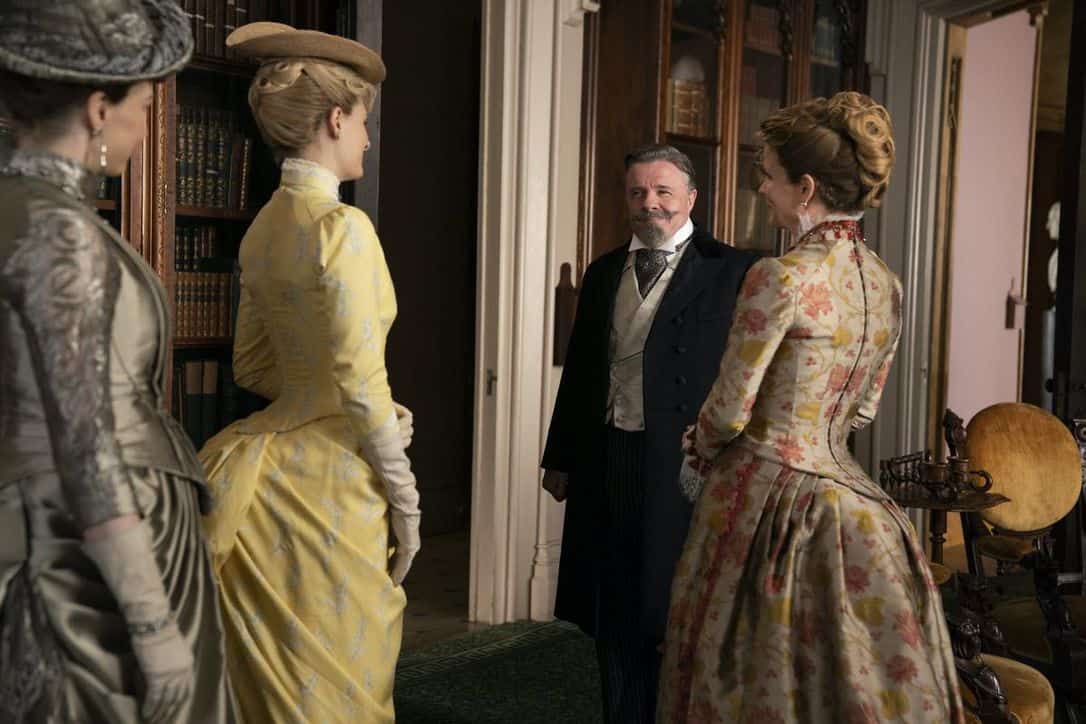 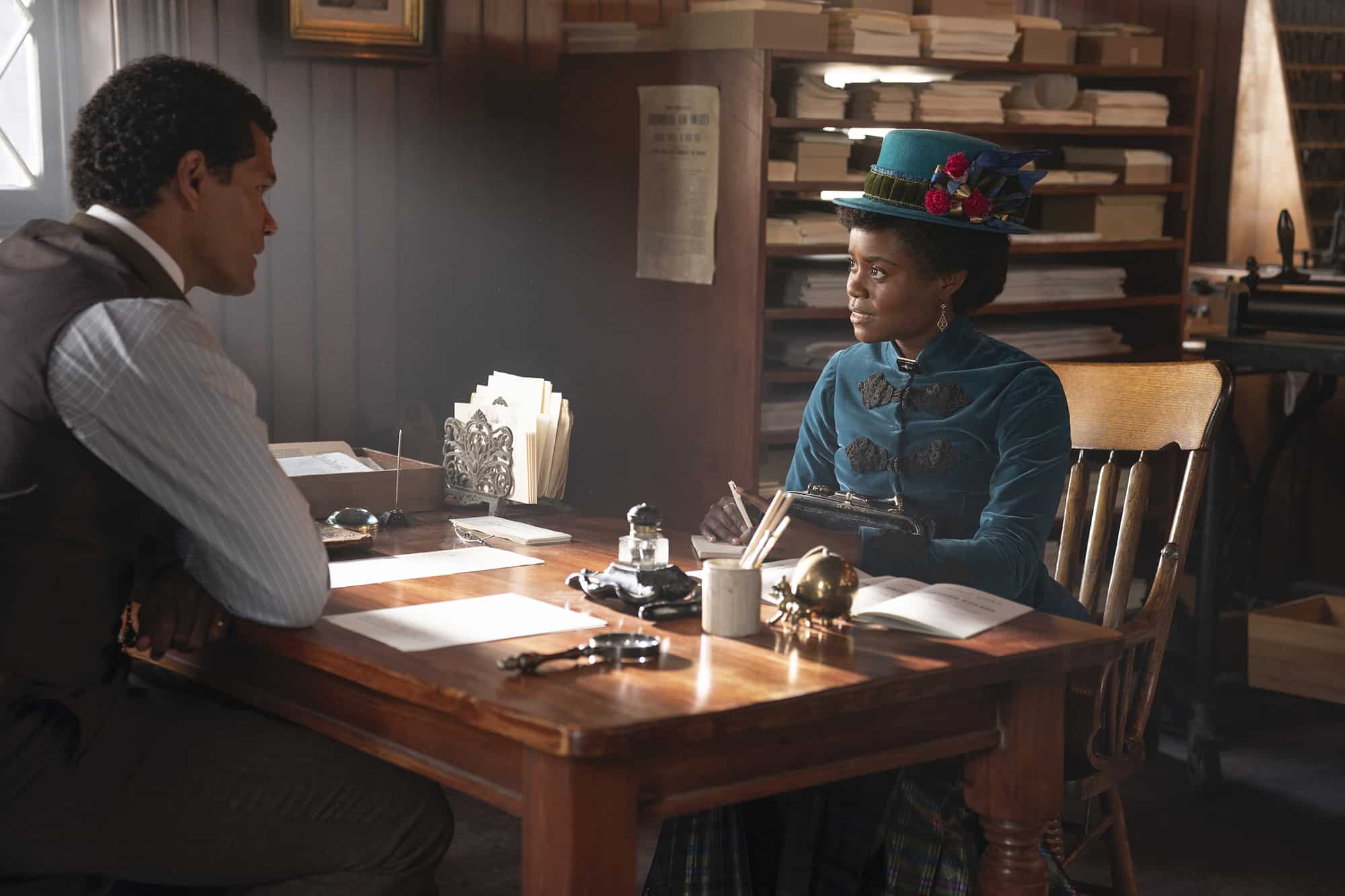