Deploying the Power of Fashion

Edith Kingdon Gould marries railroad baron Jay Gould’s eldest son, George Jay who is the inheritor of the family business interests. As Helen’s sister-in-law, she is almost a complete opposite. As a beautiful young stage performer, Edith Gould appears at a time of social change when fame was starting to drive the gradual acceptance of actresses by high society. Edith displays the fashion sense of a former actress and a keen understanding of how to dramatically use her ingenue figure to best advantage. Edith was also aware of the use of the public image in building social reputation and was able to best the Astors, who had ruled New York Society and had refused entry to her father-in-law, Jay Gould.

Edith’s clothing choices are sometimes more traditional than those of her sisters-in-law. Edith recognizes the power of selecting the right couturier and patronizes the House of Worth, the mainstay of American socialites. Edith may have patronized Worth as much for social cachet as for his ability to design for the superior figures of American women. She also makes bold choices in clothing, utilizing Redfern who was the choice of the aristocratic set in France and England. Although Redfern succeeded Worth in Europe, he was not particularly successful with clients in the United State who continue to patronize Worth through the 1930s, well after his reputation in Paris was superseded by others. 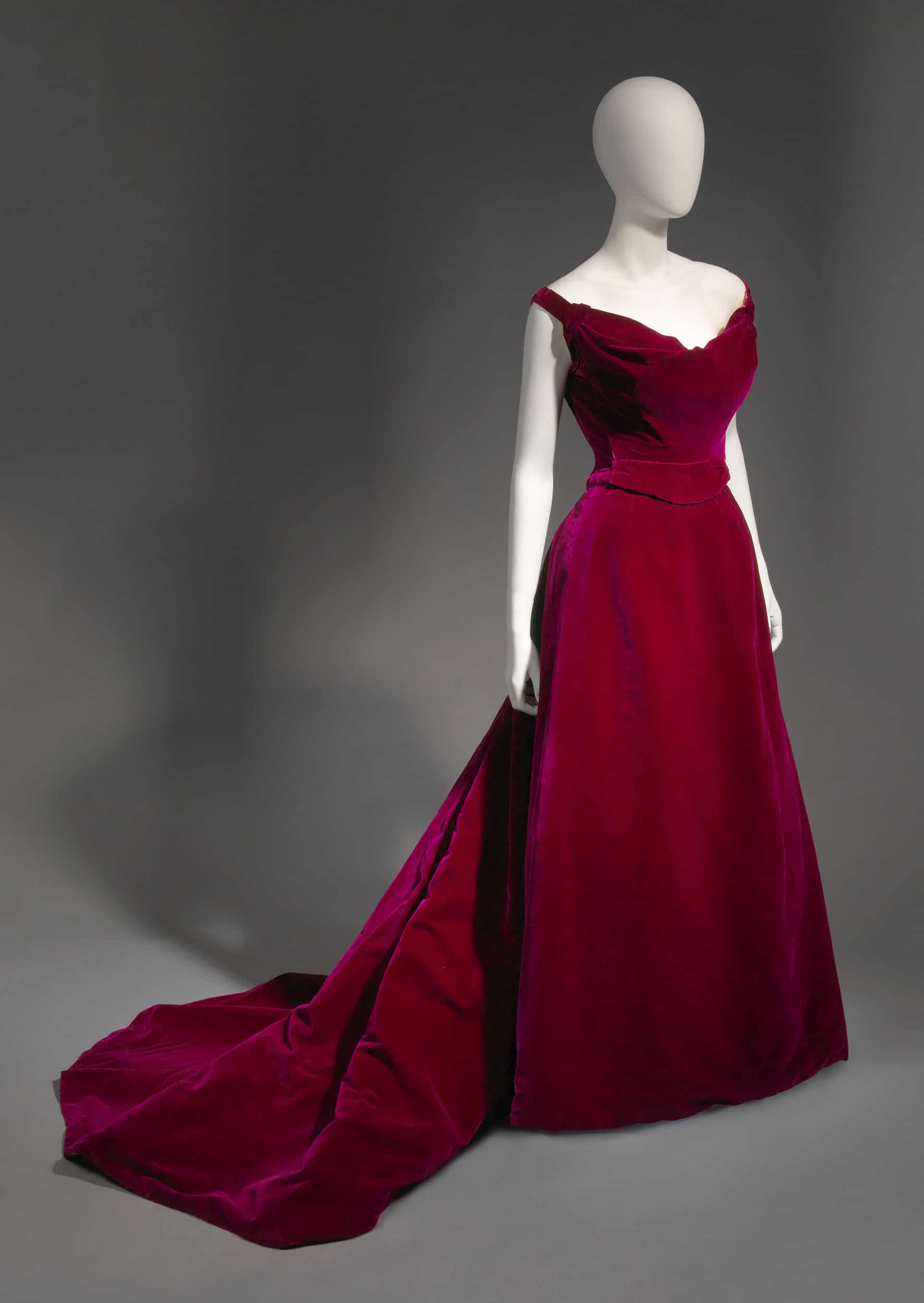 Edith Gould followed the American custom and went to Worth to purchase the type of dress that displayed her hourglass figure. This c. 1898 red velvet evening gown with an S-curve silhouette, did just that. Gould was known for her voluptuousness and Worth’s choice of dramatic fabric color, simple embellishment, and exquisite draping illustrate that he knew how to use Edith Gould’s assets to best advantage.

This Redfern fancy dress with a square neckline and elaborate gold trim resembles a costume for an Elizabethan theatrical and would have been worn during a period in which costume balls were extremely popular. Redfern does not frequently appear in American couture collections or exhibitions, as he was not particularly successful with clients in the United States as he was in France and England. Anna Gould patronized Redfern extensively and may have influenced Helen and Edith, who both own gowns by him.